The biodiversity audit conducted by the students of Al-Ameen College identified about 132 species of flora and 76 species of fauna in the campus. The survey was part of Al-Ameen College-NGO partnership initiative(CNPI) with Tropical institute of Ecological science (TIES). Biodiversity Club in association with Dept.of Biotechnology conducted the survey from July 2019 to November 2019.The scientific guidelines for the same was provided by TIES. The audit was conducted to analyse the present biodiversity status of the college and to propose plans to enhance the existing biodiversity. The audit was done by a team of forty students and was headed by the biodiversity club coordinator Mrs Alphy Nisa Steaphen. The total area of 25.27 acre land was first divided into different plots and were surveyed for both the flora and fauna by students grouped into 4 team. 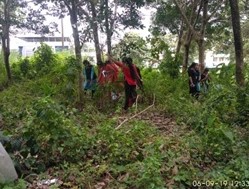 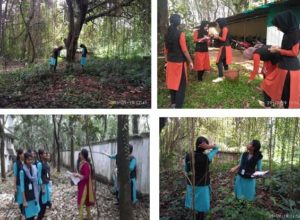