Al-Ameen College, Edathala, Aluva is a pioneering Arts and Science Co-Educational Institution of higher education under aided sector. It is one of the flagship institutions run by the Al-Ameen Education Trust, Kochi. The Trust is part of the Al-Ameen Movement established in Bangalore by a group of dedicated, inspired thinkers and professionals who wished to impart education to the minority sections of society. 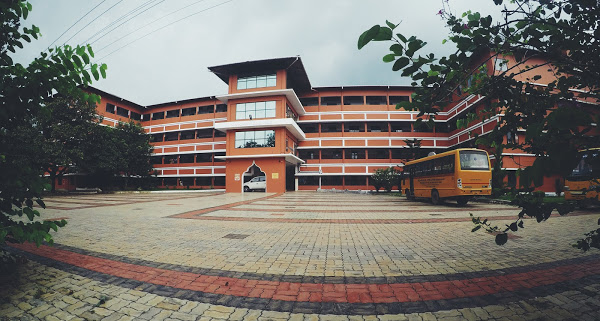 Al-Ameen College is an Arts and Science Co-Educational institution managed by the Al-Ameen Education Trust in Kochi. The Founder of the Al-Ameen Movement, Dr Mumthaz Ahamed Khan, is a visionary who strove to make his dreams reality. His innate integrity and compassion compelled him toward the development of the downtrodden sections of society. He visualized three major areas for effective socio-economic uplift; namely, education, health care and banking. The realisation of this thought led to the establishment of the Al-Ameen Movement and its numerous institutions of excellence.

The Beginning of Al- Ameen College

Al-Ameen Education Trust, Kochi which was established in 1979 endorses the tenets of the parent movement in the educational institutions it runs in Kerala. The Trust currently has four higher secondary schools and five primary schools under its wing, apart from the Arts and Science College, Al-Ameen College, Edathala.

Al-Ameen College, Edathala has a humble beginning as a junior College with five Pre-Degree batches on 17 November, 1981 on the lap of rural area of Edathala Grama- Panchayat in a serene atmosphere, comprising 25 acres of land. The Institution was initially affiliated with the University of Kerala, Trivandrum. Subsequently, on the formation of the Mahatma Gandhi University, Kottayam in 1983, the affiliation of the Institution was shifted to this new University. The Institution practises the noble mission and vision of providing quality education focusing on personality development, character formation and communal harmony as envisaged by its founders.

Self-financing programmes were started with the introduction of B.Sc Bio-Technology and B.Sc MLT in the year of 2003. B.Sc MLT, a paramedical course, was re-affiliated to Kerala University of Health Science (KUHAS) in the year 2012. M.Sc Physics and B.Com Computer Applications were introduced in 2004. BTS (Bachelor of Tourism Studies) and BA in Communicative English were started in the year of 2009 under the self-financing stream. B.Sc computer science and BCA were started in 2013 and 2014 respectively and in 2015, the BBA course was also sanctioned.

In the year 2006, the College came under sections 2 (F) and 12 (B) of the U G C Act. Al-Ameen College was declared a Minority Educational Institution by the Government of India in the year of 2008. The year 2015 was a prime landmark in the history of the Institution by
achieving the accreditation from National Assessment and Accreditation Committee (NAAC).

The college community comprises 1368 Students, 81 teachers and 35 non-teaching staff. About 57% of the students are girls. Al-Ameen College is committed to the mission to develop ICT competence, social responsibility, realistic awareness of life situations and global competencies among students. The College is working towards achieving educational excellence which will be beneficial for the holistic development of students.