Earth Day is observed every year on April 22 as a way to show support for environmental protection. The Bhoomitrasena club  of Al Ameen College, celebrated the same by an online campaign ”Let the little one know how to protect earth” . Through the campaign, the  Bhoomithrasena club team encouraged people to teach about the ill effect of plastic pollution to the little ones at their home and neighbourhood and help them to identify different kinds of such waste. This campaign also insist people to remove plastic waste from their surroundings along with the kids and upload the snap of the same as their status in any social media (WhatsApp,facebook,etc) with the tag”Let’s keep mother earth free from plastic”.

The campaign was whole heartedly accepted initially by our Bhoomitrasena club members, teachers  and  the general public. Hundreds of people and children from different parts of Kerala participated in the program. The campaign was coordinated by the club coordinator Ms.Alphy Nisa Steaphen.

Al-Ameen College’s Bhoomithrasena club was able to educate hundreds of children about the harmful effects of plastic on the environment as a result of this small initiative. 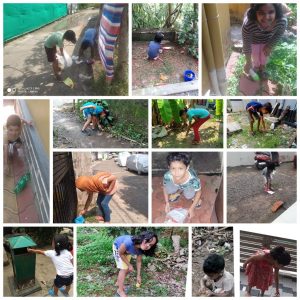 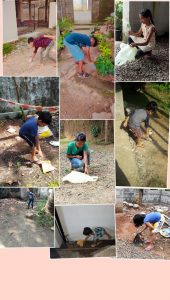