The International Forest Day is celebrated on March 21st of every year to raise awareness about the environment and various is types of forests.The nature club of Al-Ameen College celebrated the same by  organizing campaign sin a different way from 21stMarch,2020 due to the out-break of COVID19 . The nature club team promoted and motivated people to plant tree sapling at their own backyard through a social media challenge,called #PLANT IT CHALLENGE (with the caption “PLANT IT,DON’T LOSE IT”).The challenge was to plant a tree sapling as a symbol of friendship & love towards nature and to upload the snap of the same as their status in any of the social media platform(WhatsApp, facebook,etc).The challenge was whole heartedly accepted initially by our nature club members and from them to the general public. However the challenge has now  become viral and has acquired its intended reach.The nature club successfully accomplished  our aim in the initial days itself by planting more than 100 saplings. 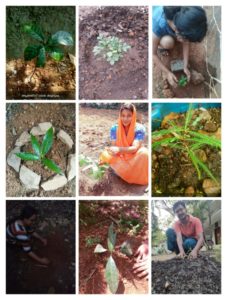 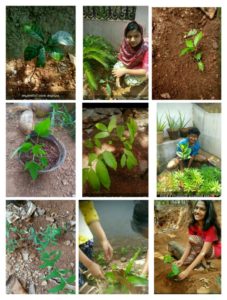 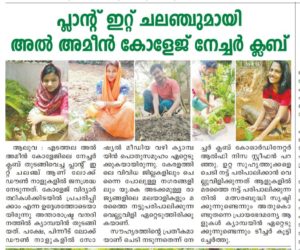 Admission Help Desk:6282703969
Applications are invited for Admission to B.Voc Sound Engineering 2022-2025 Batch.
Grievance Redressal Portal
All are requested to pin the flag on the website http://harghartiranga.com based on their geographical locations and download the certificate.
Placement Highlights 2021-2022
UG & PG Admission 2022-23
Admission 2022-23
Applications are invited for the post of System Administrator
Admission Help Desk
Go to Top