The Department of Physics, Al-Ameen College Edathala and Breakthrough Science Society, Ernakulam Chapter jointly organized a Hands-on Workshop on Telescope Making on 12th October 2021 at 10.30 A.M in the College Seminar Hall. The event was organised as part of observing the World Space Week which falls on Oct 4th – Oct 10th. This year’s World Space Week celebrates “Women in Space”. Ms.Hiba Rahman E, Head of the department of Physics welcomed the gathering.  Dr.Sreeja S, programme coordinator, spoke to the students on the importance of such hands-on workshops.

Mr.Sajeev Kumar. Ms.Lasitha and Mr.B.S. Harikumar from Breakthrough Science Society, Ernakulam Chapter handled various sessions. During the first session, the resource person Mr.Sajeev Kumar delivered a talk on the various space missions with special reference to women who have to been to space. 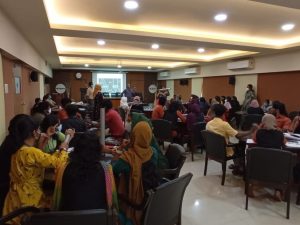 The second session was handled by B.S.Harikumar and Ms.Lasitha about the different parts of telescope, followed by a demonstration of telescope making.

The students from UG and PG participated in the programme and made 10 telescopes themselves. There was good interaction between the students and the subject expert. The session ended with a vote of thanks proposed by Susmin P Joy of II MSc Physics. 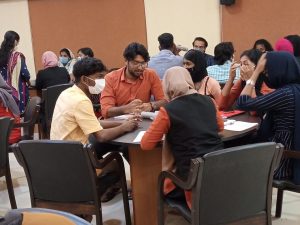 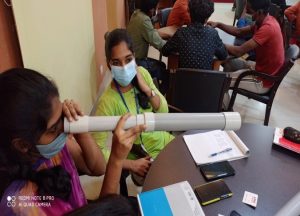